We are here to make the media industry more successful. Our technology helps publishers to prosper by monetizing the true value of their content. We want publishers and advertisers to see Strossle as their most valuable partner. To deserve this title, we must stay ahead of the game. This attitude has lead to numerous awards for our technology and successful businesses across Europe.

Strossle ended up as the second fastest growing company in the Deloitte ranking Sweden Technology Fast 50 with a growth of stunning 21 079% in 4 years, meaning Strossle beat companies like iZettle, Storytel and Trustly. The ranking also means Strossle will be nominated to EMEA Fast 500, listing the fastest growing technology companies in EMEA. The results of the EMEA ranking has not been announced yet.

Strossle was awarded “Best Native Advertising Platform” at the prestigious Digiday Media Awards in London. Digiday, referred to by Forbes Magazine as one of its “12 Must-Know Media Sites” in the world. The winners were picked by a prestigious jury consisting of key influencers in the media industry. The nomination included a case study together with Zoznam, the largest pure online media in Slovakia, with 16 magazines and news sites. Zoznam started using the Strossle in 2017 to increase traffic and engagement, and the numbers they achieved were astonishing. Strossle’s traffic outperformed Facebook traffic in 95% of the cases

2018 – Top-12 Artificial Intelligence Startups in Sweden
Strossle was listed as one of the top AI start-ups in the Swedish ecosystem by the investor magazine and publisher Nanalyze in 2018.

InternetWorld named Strossle the 6th hottest startup in Sweden only 2 years after the company was founded. 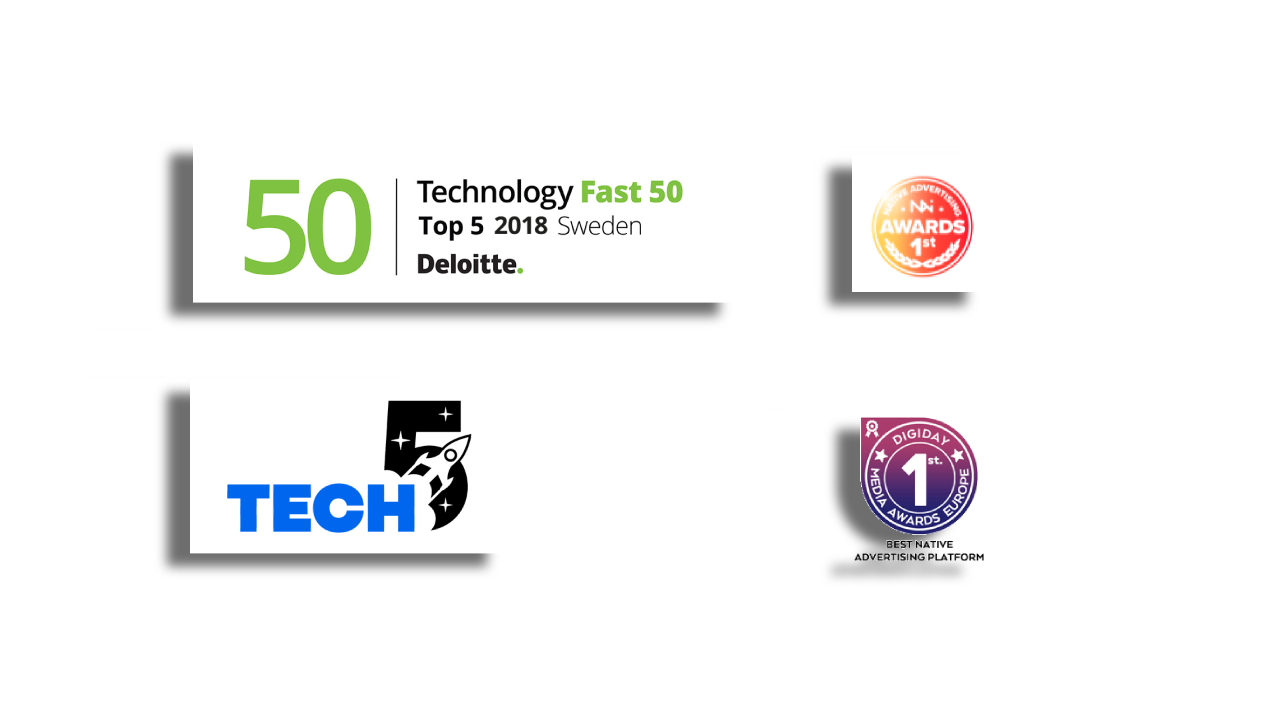 Want to know more?Contact us Today!